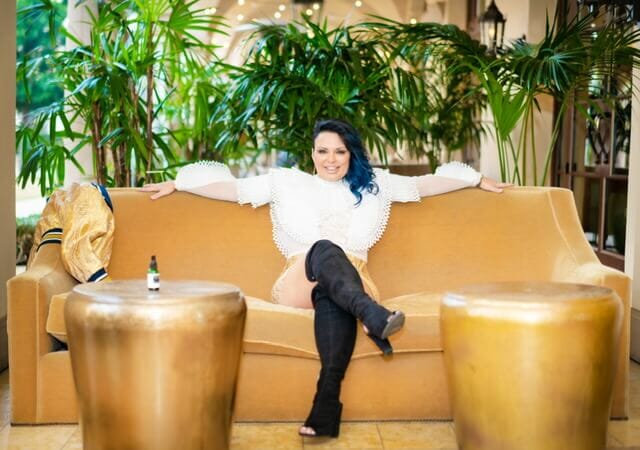 Potency is defined as “The power of something to influence or make an impression” which is what Potency No. 710 is setting out to achieve.

When Aesthetician Mandy Lile created Potency No. 710, she was already working with plant based ingredients some 20 years, but she became very intrigued by the mystery of what she felt may be the long lost secret ingredient in skincare, cannabis. After embracing cannabinoids like CBD and CBG in her product formulas, and seeing the results and abundance of testimonials, the answer was revealed, and Potency No. 710 has been disrupting the skincare scene with cannabinoid skincare products since 2018.

Since childhood, Mandy has had a gift for taking an ugly situation and making it beautiful. Unfortunately,thanks to draconian cannabis prohibition, her late father spent 15 years incarcerated on cannabis charges encapsulating much of her childhood. This is, without a doubt, something that fuels her fire to change the stigma surrounding this plant, and she is doing so through beauty.

Since opening her first skincare clinic at the age of 20, Mandy has gained a plethora of firsthand knowledge on the importance of safe ingredients. It is this force and the intentions that she puts into the products Potency offers that stand them apart from the rest, making it more than a brand but rather a lifestyle—a lifestyle of self-care powered by nature and higher intentions.

From hometown high school pals to celebrities, Potency No. 710 products are being embraced by thousands of people around the globe. In honor of the ones that have supported her along her journey, Mandy loves to give back through various philanthropy efforts. She is the sponsor of many small events, businesses, and organizations not only in the cannabis culture but in her local community as well.

Mandy works with several causes including the following.

Mandy along with her Fiance’ Harry are the owners of 2 dispensaries in Needles California, H Street Patient Care and The Bud Farmacy. Both of these dispensaries are vertically integrated and have been serving Southern California and the surrounding areas for over a decade!

Mandy’s story and Potency No. 710 products have been featured in a variety of publications including Allure, Medium, Modern Luxury, Hello Giggles, Elevated Lifestyle Magazine, Vanilla Plum, Refinery 29, The Social NY, and many others.