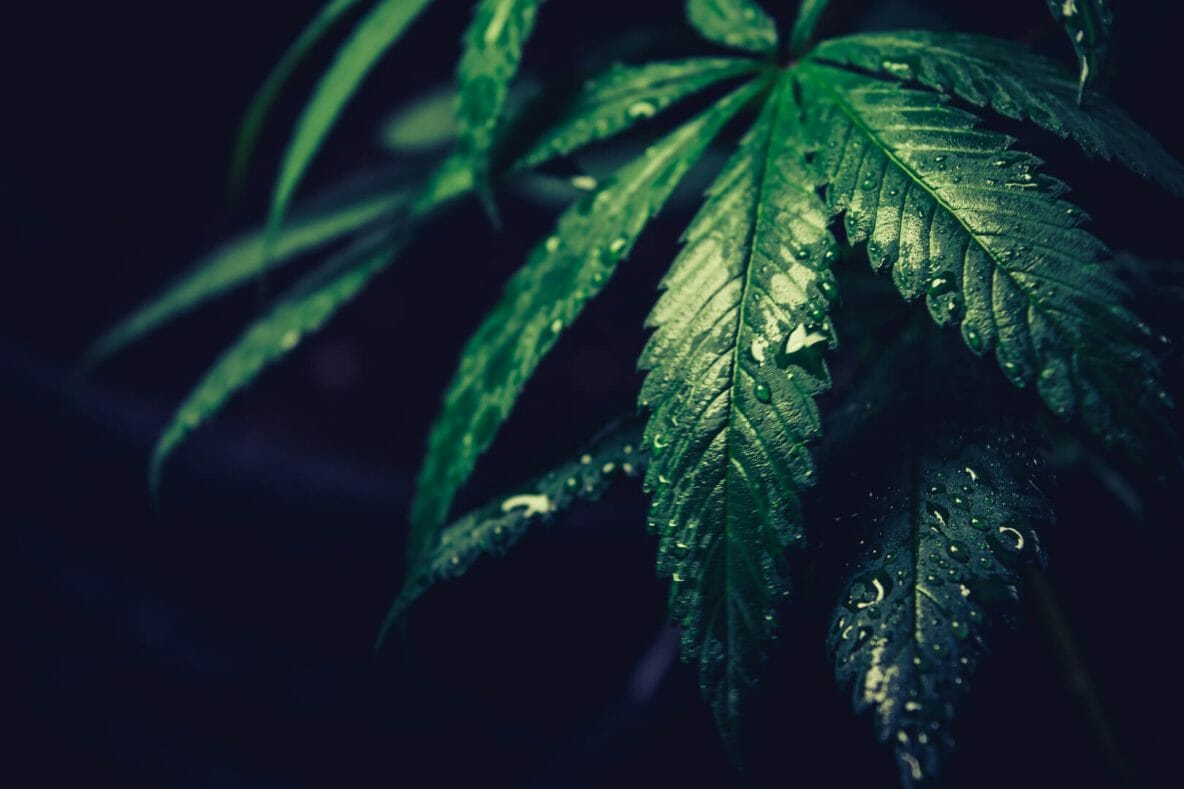 Yellow journalism, have you heard of it?

This form of sensationalism journalism went on to shape how Americans viewed many things, including cannabis, more commonly called marihuana or marijuana at the time. “Yellow journalism was a style of newspaper reporting that emphasized sensationalism over facts. During its heyday in the late 19th century it was one of many factors that helped push the United States and Spain into war in Cuba and the Philippines, leading to the acquisition of overseas territory by the United States.”- Office of the Historian

Yellow journalism went hand-in-hand with the ideals and values of another individual that many would come to view as a fear-mongering racist. Of course, this would be none other than the man with the plan to eradicate marijuana, Harry Jacob Anslinger. This was a man who held a ranking government position and who wasn’t a fan of Hollywood, having a dislike for entertainers and jazz music. He also wasn’t very partial to African-Americans, Hispanics, Mexicans, or pretty much anyone else who wasn’t white. A quote Mr. Anslinger is famous for is, “There are 100,000 total marijuana smokers in the U.S., and most are Negroes, Hispanics, Filipinos, and entertainers. Their Satanic music, jazz, and swing result from marijuana usage. This marijuana causes white women to seek sexual relations with Negroes, entertainers, and any others.”

Together, Anslinger and Hearst effectively waged war on cannabis based on sensationalism idealism that was fueled by racism, greed, hatred, and profiteering. These two men, along with others, are responsible for the lack of cannabinoid research we have today. So much that it has been researched on PMC and the NCBI. The report titled “Racism and Its Effect on Cannabis” looks at the harm caused by the greed of a few privileged men.

Harry Jacob Anslinger: A Man Many Will Gladly Give the Middle Finger

Harry Jacob Anslinger was born on May 20, 1892, in Altoona, PA, and died on November 14, 1975, at the age of 83, in the same town he was born and raised in. A lot of people idolized Mr. Anslinger and praised him as an American hero. Harry was the first commissioner of the U.S. Treasury Department’s Federal Bureau of Narcotics from 1930 through 1962. He served under the U.S. Presidents Roosevelt, Truman, Eisenhower, and Kennedy.

Some will come to the defense of the pompous prick Mr. Anslinger, saying he had the public’s health, well-being, and best interest in mind. Though Harry wasn’t a fan of entertainers, he had a special place in his heart, like millions of Americans, for the star of the Wizard of Oz, Judy Garland. While he seemed to have a soft heart for Judy, his heart was as cold as ice when it came to the talented singer Billie Holiday, AKA Miss “Lady Day.”

There’s a story of Anslinger catching wind of MGM giving Judy Garland drugs like phenobarbital to keep weight off of Judy and to give her energy during long shoots on set. Harry was said to have stormed into MGM studios demanding Judy get medical help. Miss Lady Day was another story. Anslinger would ramp up drug laws that would ultimately see Billie Holiday end up behind bars and being arrested as a narcotics user. You can read all about this story in Time Magazine.

What Could Be Worse Than Anslinger? Try Adding A Hearst

Harry J Anslinger would go on to team up with William Randolph Hearst to help fuel his war on drugs and strengthen his efforts to eradicate cannabis. Just seven years after becoming the first commissioner of the Federal Bureau of Narcotics, Harry J. Anslinger would be responsible for effectively helping implement federal marijuana prohibition in 1937. Harry Anslinger fueled his war on drugs, more specifically his hatred for people of color and cannabis, with speeches saying things like:

·         “I do not think there is such a thing as not being able to cure an addict. Marihuana addicts must go to a federal narcotic farm.”

·         “Marijuana is the most violence-causing drug in the history of mankind.”

·         “The primary reason to outlaw marijuana is its effect on the degenerate races.”

Cannabis Prohibition is Alive and Well Thanks to Anslinger and Hearst

Federal marijuana prohibition is very much alive today thanks to the work of Harry Jacob Anslinger. He didn’t do all this alone, though. He had friends in all kinds of places ranging from the government to the media. Coincidentally, marijuana prohibition kicked off in 1937 when a certain silver-spoon-fed man by the name of William R. Hearst was facing bankruptcy. That bankruptcy he was facing wouldn’t last long as Hearst would go on to create a media empire that would shape the face of the world as we know it. Perhaps it’s just a chance that marijuana prohibition started at the same time. Let’s learn more about Harry’s friend Mr. William Randolph Hearst.

William Randolph Hearst: An Iconic Figure or A Curse on Humankind

William Randolph Hearst Sr. was born on April 29th, 1863, in San Francisco, CA, and died on August 14th, 1951, at 88 years old in Beverly Hills, CA. He was the visionary behind Hearst Communications. According to Enclopedia.com, “William Randolph Hearst acquired his first newspaper, the San Francisco Examiner, in 1886. Over the next two decades, he built a media empire that revolutionized journalism.” Hearst would go on to become an American politician to add to his legacy. After all, it’s said that birds of a feather flock together. Hearst was used to money from the start, being born the son of a mining tycoon and U.S. Senator. He wasn’t shy to spend big and live lavishly. The Washington Post reported that “He spent $1 million a year on art and antiques alone.”

This is saying something considering the time period he lived in. The Great Depression, which lasted 120 months from 1929-1939, almost did Mr. Hearst in financially. According to Encyclopedia Britannica, “At the peak of his fortune, in 1935, he owned 28 major newspapers and 18 magazines, along with several radio stations, movie companies, and news services.” You might say this gave Mr. Hearst a powerful voice with an even more powerful reach. With his lavish spending, he almost saw it all collapse. That was until something changed, and he put away enough money and made an empire so large that it would support family for generations to come.

In 1937, as America faced the start of marijuana prohibition, William was facing bankruptcy. That’s when the Hearst accountants took over, and some say a deal was struck with the government to use his media power and unique variety of sensationalism journalism to help fuel marijuana prohibition. What someone wanted people to believe became what was printed in the daily news. “After the near-bankruptcy of 1937, the Hearst accountants took over. Long appalled by The Chief’s spending, they became as miserly as Hearst had been extravagant. Dollars that once went into Rembrandts and newspapers now went into the bank.”-Washington Post

Newspapers across the nation began to share the stories of marijuana prohibition and “Reefer Madness.” The rest is history. History that cannabis supporters and activists are championing to change still to this very day. Times are changing, and those who once stood against cannabis legalization are now suddenly becoming a voice for it. For example, “Tapping the Power of Media to Normalize Cannabis Use, Cannabis Media Council Forms to Drive Education & Awareness through Mainstream Advertising” sees a premium national partner with the San Francisco Chronicle, which is also part of Hearst Newspapers.

Rose Fulton, the principal of a Hearst-backed fully integrated marketing agency named 46 Mile, told media sources, “As the cannabis industry has evolved, Hearst Bay Area has leaned into its evolution. While this is an important coverage area, we also want to help change the dialogue across the country, which is one of the reasons we now publish Greenstate. A dedicated channel to the topic of cannabis, Greenstate aims to provide accurate information about the plant, dispel myths, and to help readers understand its health benefits and lifestyle options. In addition, while the industry has had limited marketing opportunities, one of our goals at 46 Mile is to give cannabis brands and organizations a platform to reach targeted audiences nationwide and continue to reflect Hearst’s own evolution by opening more representation throughout our beloved and trusted publications.”

The Tides are Shifting in Cannabis’ Favor

On the bright side of things, it seems sensationalism journalism is on the side of cannabis for once. It looks like it may actually be working like it did to help fuel this stupid prohibition that has ruined so many lives. U.S. President Joe Biden said during his presidential campaign that “No one should be in jail because of marijuana. As President, I will decriminalize cannabis use and automatically expunge prior convictions.” Here we are approaching the build-up to an election year in 2024, and our President announced that he “pardoned all prior federal offenses of simple marijuana possession.” This announcement also just so happens to come a month before the November elections, which will determine who has control of the U.S. Congress. It Sounds like a perfect time for the Hearst media empire to help people know how to think once again.

Cannabis should be legal. Demons like Anslinger and Hearst were some of the worst when it came to keeping cannabis from the American people. And they did so while building unsurmountable future-generational wealth for themselves. Let’s get rid of politicians that think as these two did. Contact your local representative and let them know if they don’t support an end to federal cannabis prohibition, you don’t support them. Let them know that they will be replaced with a representative that truly represents the will of the people and not a private agenda.